RMHC: Driven by our purpose 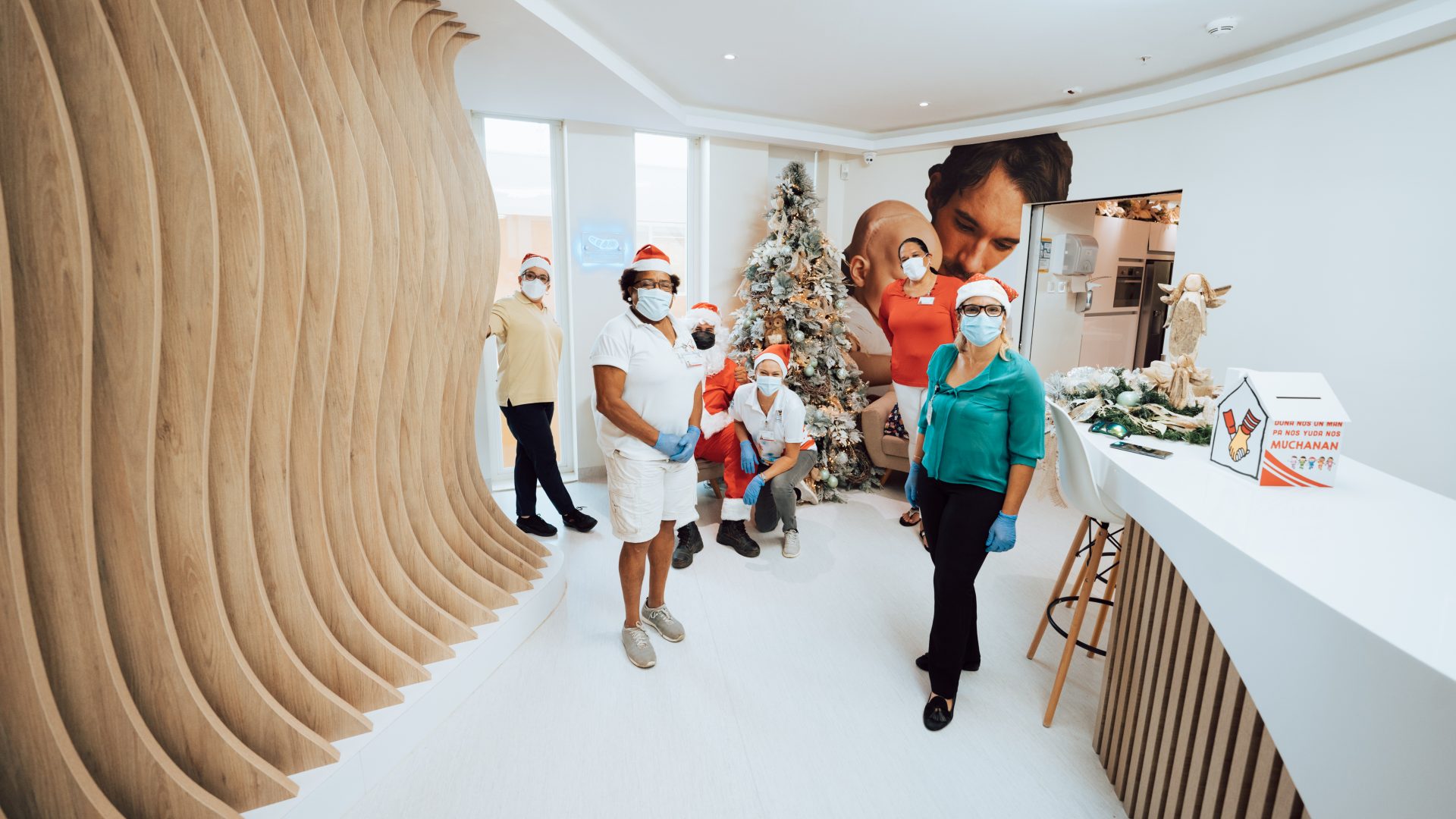 Compassion is the key ingredient of all our efforts

Sometimes a common experience will unite people from various families in a joint effort to improve the experiences of others. The foundation on which Ronald McDonald House Charities Curaçao was built, is a group of parents that had gone through similar ordeals and decided to join forces to set up a Ronald McDonald House at the hospital in Curaçao. RMHC Executive Director Claudia Rigaud is one of the founding members of the foundation. Known for her incredible passion and hands-on creative spirit, she inspires all those around her to give their utmost for the end result: offer a variety of support to families while the child is receiving medical care at the hospital.

Claudia’s spark was ignited when her own world was turned upside down when the unexpected happened. The year was 1995. Having just given birth to her firstborn child, what was supposed to be a joyful experience, turned into painful agony as her baby encountered issues which resulted in several heart-wrenching moments, during which she wasn’t sure her baby would make it. Claudia still recalls those three months at the hospital, sitting there in a glass square next to her baby, with a window that overlooked a few nearby buildings, with in the room 5 other moms in the same situation. “I wondered how people could survive such an ordeal. Even when you have support from family and friends, it’s still so gruesome. All you really had at that time was a chair and sometimes a cup of coffee from a nurse that would take pity on us. Something had to be done.” In December 2009 the founding members started working on the structures to create a Ronald McDonald House Charities Foundation and a Family Room for Curaçao. Meanwhile they started helping and volunteering at the children’s department as well.

The hospital was very supportive in trying to re-arrange the departments, spaces and offices, in order to accommodate the newly formed foundation, and create space for the Ronald McDonald House. In 2010, supported by the hospital, volunteers and board members, were able to propel the Ronald McDonald House Charities Curaçao Foundation into existence. And on April 1st 2012 Ronald McDonald House in Curaçao welcomed its first family. A young boy, when enjoying an outing at sea, had been in a serious accident. His father was a marine that was temporarily on the island with his family. The entire family was able to stay with the boy at the hospital, now that there was a RMHC in place. “Imagine if we hadn’t been there. It was such a relief to be able to be there for them and offer them this possibility. But it was then we really realized this was bigger than we ever imagined it would be”, Claudia recalls. With the support of the Global Ronald McDonald House Charities Foundation and through collaboration with the Dutch chapter in the Netherlands, the RMHC in Curaçao was able to continue its efforts to develop the foundation.

Ten years later, RMHC has seen an extensive growth, the development of their foundation’s structure and an important move to the new facilities in the recently opened Curaçao Medical Center. Claudia also experienced growth in her role, as she served on the RMHC Global Advisory Council in 2017 and 2018 as a representative for the Latin American region. And on a personal note, within her family Claudia also experienced a full circle moment: Her firstborn child, the reason she was driven to bring about change at the hospital, now resides in the US and has volunteered at one of the Ronald McDonald House Charities in the US.

RMHC: Driven by our purpose